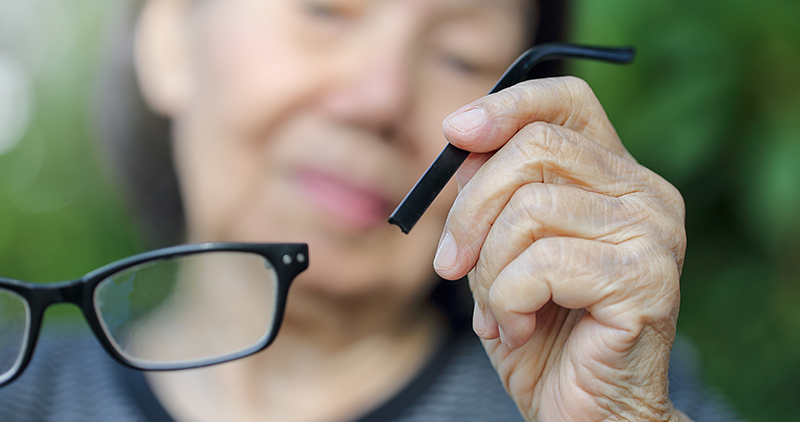 Dementia is not a normal part of aging but age plays a significant role in the risk of developing dementia. This risk increases as a person ages. There are different types of dementia. The most common type of dementia is Alzheimer’s disease. Alzheimer’s disease is a disease that targets the brain regions controlling memory, thought, and language. There are treatments available to manage dementias or reduce the risk of dementia forming or getting worse. However, there is no cure for dementia, and despite active research, it is unlikely there will be a single cure. Research has suggested that maintaining a healthy lifestyle and quitting smoking could reduce the risk of dementia.

Dementia symptoms vary depending on the conditions causing it and what parts of the brain are affected. Commonly, a symptom most present in dementia-affected patients is problems with memory. A person could forget dates or struggle to recall events that happened in a short time. Dementia can cause disorientation and problems with cognitive processing. Someone with dementia may find it difficult to process information or follow conversations. Their reasoning and judgment can be severely impaired, leaving them vulnerable, confused, and upset. The symptoms gradually increase in severity over time.

Scientists do not yet understand the underlying causes of different dementias affecting elderly. Mutations in certain genes have been found to increase the risk of certain type of dementia. Different forms of dementia have an impact on different areas in the brain. For example, vascular dementia is caused by a lack of oxygen to the brain, usually due to a stroke or cardiovascular diseases. The lack of oxygen causes nerve cells in the brain to die, leading to dementia. Alzheimer’s and Creutzfeldt-Jakob dementia are both cortical dementias that affect the outer layer of the brain.  Subcortical dementias are caused by problems beneath the outer layer of the brain. Conditions such as Parkinson’s, HIV, and Huntington’s disease cause this type of dementia.

Often, activities can be fun and beneficial for people with dementia. Dementia activities such as creating a memory box or doing laundry can help a person connect and reduce the need for medication.

Dementia is a complicated syndrome to deal with it and is hard on all of those involved. Dementia-friendly communities in Singapore offer a safe place where help is easily in reach. Doctors or social workers can provide suitable websites explaining a loved one’s condition.